COP26 is the 2021 edition of the United Nations Annual Climate Change conference.

COP stands for Conference of the Parties. Parties are the signatories of the United Nations Framework Convention on Climate Change (UNFCCC) – a treaty agreed in 1994 which has 197 Parties (196 countries and the EU). The 2021 conference, hosted by the UK, together with our partners Italy, will be the 26th meeting of the Parties, which is why it’s called COP26. United Nations climate change conferences are among the largest international meetings in the world. The negotiations between governments are complex and involve officials from every country in the world as well as representatives from civil society and the global news media. 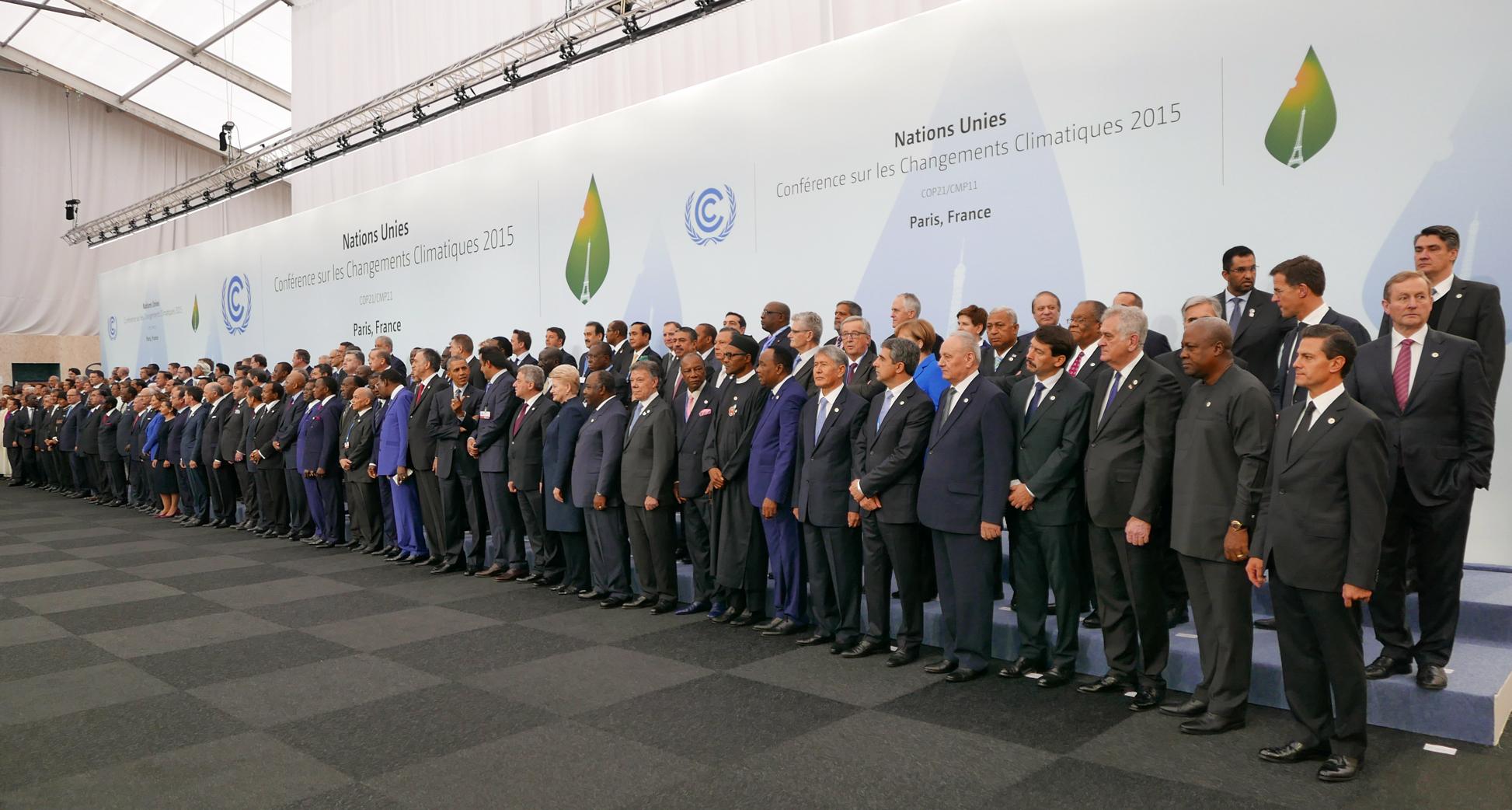 CLIMATE CHANGE IS THE GREATEST RISK FACING US ALL

Around the world storms, floods and wildfires are intensifying. Air pollution sadly affects the health of tens of millions of people and unpredictable weather causes untold damage to homes and livelihoods. But while the impacts of climate change are devastating, advances in tackling it are leading to cleaner air, creating good jobs, restoring nature and at the same time unleashing economic growth. At COP26 the UK is working with every nation to reach agreement on how to tackle climate change. More than 190 world leaders are expected to arrive in Glasgow, Scotland in November. Most experts believe COP26 has a particular urgency.

To understand why, it’s necessary to look back to another COP. COP21 took place in Paris in 2015. For the first time ever, something momentous happened: every country agreed to work together to limit global warming to well below 2 degrees and aim for 1.5 degrees. Under the Paris Agreement, countries committed to bring forward national plans setting out how much they would reduce their emissions. Unfortunately, the commitments laid out in Paris did not come close to limiting global warming to 1.5 degrees, and the window for achieving this is closing. The decade out to 2030 will be crucial.

THE UK’S LEADERSHIP ON CLIMATE

The UK has a lot to be proud of when it comes to acting on climate change. We have shown that climate action can go hand-in-hand with economic growth. Between 1990 and 2019, we achieved record clean growth. In that time, our economy grew by 78% and our emissions decreased by 44% over this time, the fastest decline in the G7.

Despite all this, the UK will continue to experience domestic challenges as a result of climate change such as rising sea levels, coastal erosion, flooding, river quality, changing weather patterns and biodiversity loss in the years to come and there is still significant mitigation and adaptation to be undertaken.  We can all play a role in developing further solutions for society, businesses and government that are effective, scalable and affordable.

“By committing to work together in this way we are laying the foundations for faster progress in the decade to come.”

What is the Paris Agreement?

The Paris Agreement was agreed at COP21 in 2015. For the first time ever, it saw almost every country around the world enter a legally binding commitment to reduce emissions. It was ‘top down’ in that every country, no matter how big or small, signed up to cutting carbon emissions to limit global warming to well below 2 degrees and ideally to 1.5 degrees above preindustrial levels; and it was ‘bottom up’ in that it left room for each individual country to decide how they would get there. These were called Nationally Determined Contributions (NDCs). The Paris Agreement also set out ambitious goals on adaptation and on finance, recognising that many people around the world are already experiencing the impacts of a changing climate, and that financial, technical and capacity building support would be needed.

Why does limiting temperature rise to 2 degrees matter?

At 2 degrees of global warming, there would be widespread and severe impacts on people and nature. A third of the world’s population would be regularly exposed to severe heat, leading to health problems and more heat-related deaths. Almost all warm water coral reefs would be destroyed, and the Arctic Sea ice would melt entirely at least one summer per decade, with devastating impacts on the wildlife and communities they support. We cannot rule out the possibility that irreversible loss of ice sheets in Greenland and the Antarctic could be triggered, leading to several metres of sea level rise over centuries to come. At 1.5°C, the impacts would be serious, but less severe. There would be lower risks of food and water shortages, lower risks to economic growth and fewer species at risk of extinction. Threats to human health from air pollution, disease, malnutrition and exposure to extreme heat would also be lower. That is why every fraction of a degree of warming matters, and why we are dedicated to keeping the prospect of holding temperature rises to 1.5 degrees alive.

We use cookies on our website to give you the most relevant experience by remembering your preferences and repeat visits. By clicking “Accept All”, you consent to the use of ALL the cookies. However, you may visit "Cookie Settings" to provide a controlled consent.
Cookie SettingsAccept All
Manage consent

This website uses cookies to improve your experience while you navigate through the website. Out of these, the cookies that are categorized as necessary are stored on your browser as they are essential for the working of basic functionalities of the website. We also use third-party cookies that help us analyze and understand how you use this website. These cookies will be stored in your browser only with your consent. You also have the option to opt-out of these cookies. But opting out of some of these cookies may affect your browsing experience.
Necessary Always Enabled
Necessary cookies are absolutely essential for the website to function properly. These cookies ensure basic functionalities and security features of the website, anonymously.
Functional
Functional cookies help to perform certain functionalities like sharing the content of the website on social media platforms, collect feedbacks, and other third-party features.
Performance
Performance cookies are used to understand and analyze the key performance indexes of the website which helps in delivering a better user experience for the visitors.
Analytics
Analytical cookies are used to understand how visitors interact with the website. These cookies help provide information on metrics the number of visitors, bounce rate, traffic source, etc.
Advertisement
Advertisement cookies are used to provide visitors with relevant ads and marketing campaigns. These cookies track visitors across websites and collect information to provide customized ads.
Others
Other uncategorized cookies are those that are being analyzed and have not been classified into a category as yet.
SAVE & ACCEPT